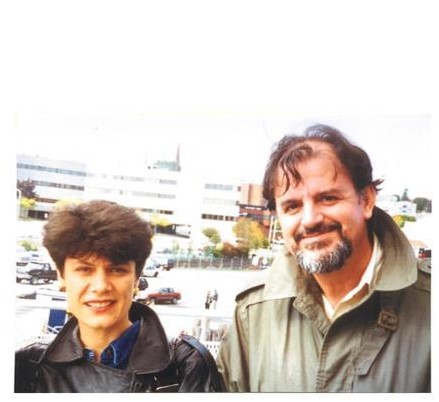 In 1988, both of them met in the implementation of the AIDS Counselling and Training Program, when they created and applied the training to “restore the internal balance” to thousands of professionals who were on the frontline fighting HIV/AIDS in Brazil and other countries.

In 1990, they founded the Synthesis 1 – Improvement of Professional Performance, developing and applying these principles through the Proprietary Methodology ID One® Human Factor to leaders in the private sector, consolidating the Human Potential Factor Science.

In 2012, after the death of Dr. Luís, Amélia founded Factor Humanus Scientia, continuing to apply and expand the Science and the Methodology ID One® Human Factor, derived from it.

Amélia currently continues to lead the company and the Notre Dame Project. In their journey, both chose to live in anonymity, dedicating themselves exclusively to the study and application of the Human Potential Factor Science. 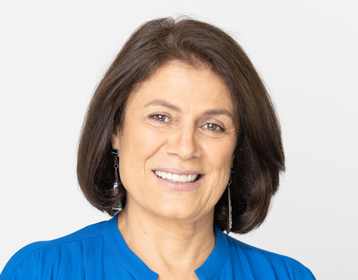 Brazilian, born in 1957, Master in Psychology by the Antioch University, United States, scientist and researcher in the area of the Human Potential Factor. She has started her professional career at the Fred Hutchinson Cancer Research Center, in Seattle (USA), with terminal ill patients, their families and caretakers. She also gave lectures and workshops in the United States and Japan (Keio University).

Amélia has an extensive international experience in training professionals from different sectors for Professional Performance Improvement.

She is a co-author of the book “Human Potential Factor: A Science”. 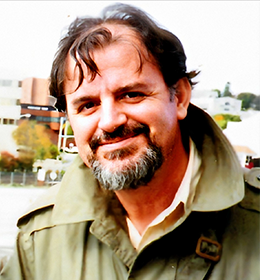 Born in Ribeirão Preto, SP, Brazil, psychiatrist, institutional psychoanalyst, scientist, and researcher in the areas of medicine, psychoanalysis and the Human Potential Factor.

He began his research through deep, intense, and exhaustive self-analysis, creating a method for that, addressed epistemological concepts undefined until that moment, with the objective of conveying apprehensible knowledge to any human being. His philosophy was that institutions are alive, through the people that compose them, and everything that is alive is in movement. He worked in the public and private sectors, directed hospitals and was a coordinator and national director of several programs of the Brazilian Ministry of Health.

In the HIV/AIDS Counselling and Training Program (1988), he transformed mental health principles into unprecedented training to restore internal professional balance, applied to thousands of frontline professionals in the fight against HIV/AIDS in Brazil and other countries. In 1990, he was a founding partner of Synthesis 1 Improvement of Professional Performance, a company that consolidated the principles of the science, through the proprietary Methodology ID One® Human Factor.

He was a consultant for PAHO, WHO and in the business sector, national and internationally. Author of the “AIDS Counselling Training“, “Multiplier Guide: AIDS“ “STUDI (1988)”, “Human Potential Factor: A Science”, “Psychic Triangles: Thesis“, “Going Forth and Back”, and several other unpublished works and articles.

From an early age, Amélia de Carvalho e Silva was interested in different cultures, modus vivendi and ways of thinking. After obtaining her degree in Languages, at UNESP, she started her Master’s Degree in Psychology at Antioch University, in Seattle, Washington, USA, completed in 1983.

During this period, she worked at the Fred Hutchinson Cancer Research Center, also in Seattle, with terminal ill patients and their families in a painful environment of multiple sources of suffering. When awakening her consciousness to deal with personal circumstances, Amélia observed that patients who accepted their reality of imminent death lived their last days in a better way, and that the realistic (or not) attitude of those around them (friends, family, health professionals) was also decisive in this process.

After her experience at the Fred Hutchinson Cancer Research Center, she worked on improving the performance of Law professionals in Michigan, USA, and was a lecturer at Keio University School of Medicine, Japan, where she taught Emotional Preparation Seminars in order to train doctors to deal with critically ill patients.

At the end of the 1980’s, the meeting between Amélia and Dr. Luís Ervolino, who for years had been dedicated to understanding “what is healthy” in the field of Mental Health, clarified the similarities in their lines of thought and common goals – generate strengthening of the individual’s internal health – resulting in a joint work in the formulation of this Science. At that time, the whole world was facing an unknown epidemic: HIV/AIDS. Dr. Luís Ervolino, working at the Ministry of Health, saw closely the difficulties of healthcare professionals who, despite not having enough information, should face their fears and deal with the imminence of death to act on the front lines of fighting against the epidemic.

In this scenario, he identified the opportunity to apply the concepts that had been developed until that time, aiming to restore potency for professionals, teams, and organizations, to increase professional performance, consciousness, and balance.

The HIV/AIDS Counselling and Training Program developed by them was incorporated by the Ministry of Health and the Pan American Health Organization (PAHO).

Applied from North to South of the country, the results of the program raised the interest of the World Health Organization (WHO), which invited Luís and Amélia to provide training to health teams from all Portuguese-speaking African countries in Guinea Bissau, with the support of the Brazilian Consulate.

Based on the effectiveness of the results, through the technical application of its principles, in order to proceed with the application and continuous development of this Science, named as Human Potential Factor, it was necessary to define a way to expand its contribution. The focus defined was to apply it to leaders, because through them it is possible to leverage organisations that consequently impact society.

The ID One® Human Factor Methodology has been applied since 1990, initially by the company Synthesis 1 until the death of Dr. Luís in 2011 and since 2012 by Factor Humanus Scientia, with the objective of Improving the Professional Performance, with a focus on the Executive, Sports and Education fields.

As a managing partner, Amélia acts in the organization and application of Training and Solutions for the Development of the Human Potential Factor to professionals from various fields (companies, professionals, educational institutions, athletes, sport teams, financial institutions and others): Application and Identification of the Professional Profile, Institutional Feedback in the area of the ​​Human Potential Factor, Team Building and High Performance Team, in several countries in Europe, Africa, Eastern countries and Americas.

In parallel with these activities, she introduced the knowledge of the Human Factor Potential Science as the content of the Human Factor as a Competitive Differential course at the graduate school of ESPM (Escola Superior de Propaganda e Marketing), in addition to teaching classes between 1993 and 1998.
In the last years, she has also dedicated herself to reviewing the entire work on the Human Potential Factor Science.